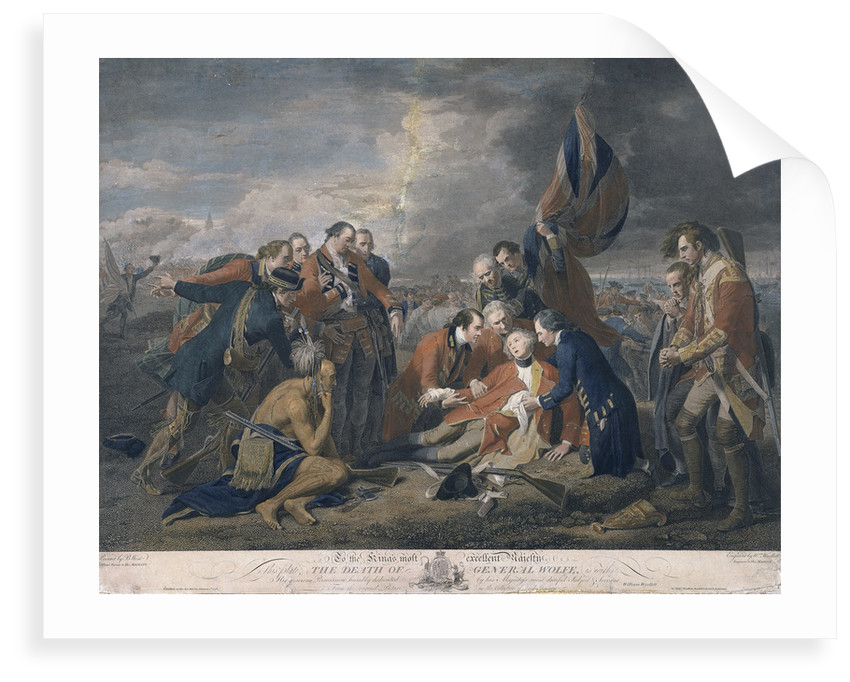 Product images of The death of General Wolfe 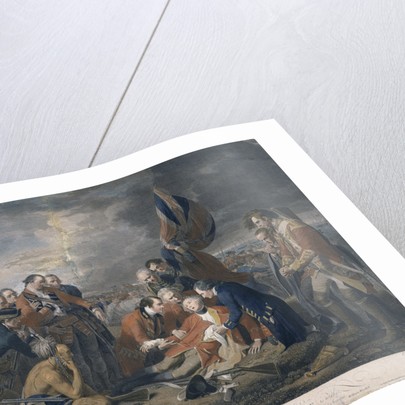 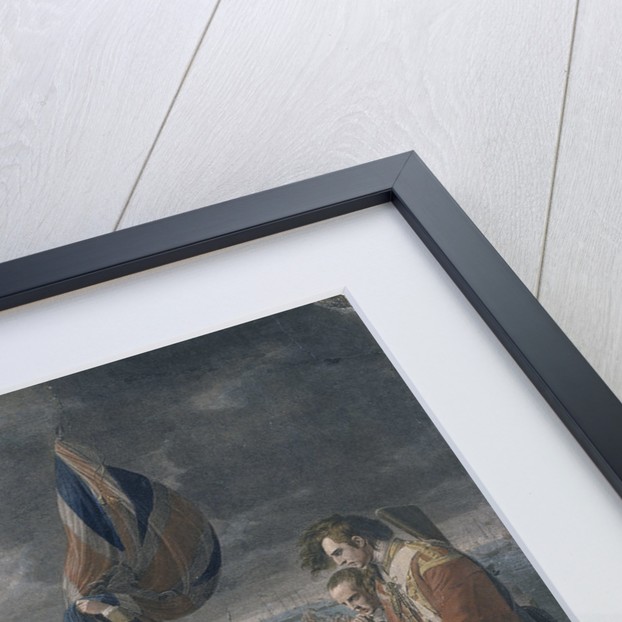 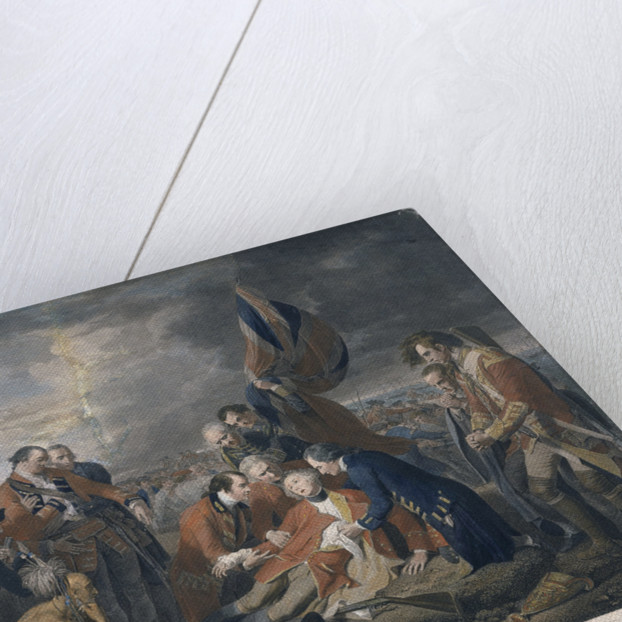 Major-General James Wolfe (1727-1759) became the first British 'imperial' hero by his defeat of the French on the 'Plains of Abraham', outside Quebec, on 13 September 1759. Wolfe and the French commander, Louis-Joseph, Marquis de Montcalm, were both killed in the battle. The city's surrender, on 17 September 1759, was the critical event in the Franco-British struggle for dominion in North America during the Seven Years War (1756-1763) and though French resistance continued their control of Canada was permanently lost by the time of its conclusion. The Quebec campaign was a major amphibious operation, which could not have been attempted without the previous seizure, in 1758, of the fortress of Louisbourg on Cape Breton Island, the key to the St Lawrence. In this Wolfe had been a junior commander under Jeffrey Amherst, the fleet being under by Admiral Boscawen. The following year, after the young James Cook had successfully surveyed the passage of the St Lawrence, Admiral Charles Saunders, who had brought Wolfe's army from England earlier in the year, transported it up-river as far as Quebec's precipitous approaches. The squadron drove off two French fire-raft attacks there to dislodge it before Wolfe's night-time escalade put his force of only about 1400 on the heights (or plains) of Abraham - which were nothing more romantic than the name of land's owner. Montcalm knew that the city could not resist a close siege and, on coming out to fight, his force was mown down by the withering musketry in which Wolfe had specialized and trained his men. Wolfe was hit twice early in the action before being mortally wounded in the chest. He died in the shelter of a bush to which he had been taken, not as shown in Benjamin West's famous painting exhibited in 1771, which is modelled on the Renaissance tradition of 'depositions from the Cross'. None the less, the image is of great artistic importance, not least through Woollett's well-known engraving, as the prime exemplar of the British school of modern history painting championed by Sir Joshua Reynolds as first President of the Royal Academy from 1768, and practised by him, West, Copley and others into the early 19th century. Nelson, for whom Wolfe was a personal hero, later told West of his admiration for the image from knowing it through this print, and asked him to record his own death in the same way should that eventuality arise: when it did, at Trafalgar in 1805, West - Reynolds's successor as PRA - swiftly obliged (see PAH8031). The original oil version the 'Death of Wolfe' is now in the National Gallery of Canada, Ottawa, but West painted at least four others, with some varied detail and of different sizes; one painted for George III remains in the Royal Collection; two others are in Toronto and Ann Arbor, Michigan. A fourth, dated 1779 and the same size as the original, was formerly owned by the Earls of Bristol at Ickworth House, Suffolk (now National Trust). Wolfe's birthplace (now Quebec House) at Westerham, Kent, is also a National Trust property commemorating him.
Benjamin West

More by the artist Benjamin West.