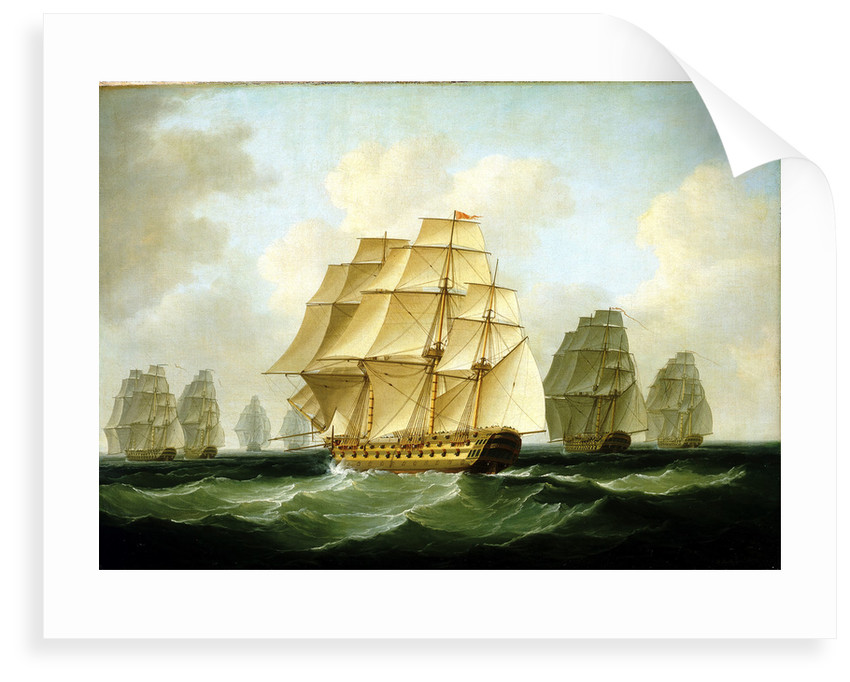 Part of the War at sea Collection
⟨ ⟩
Add to wishlist 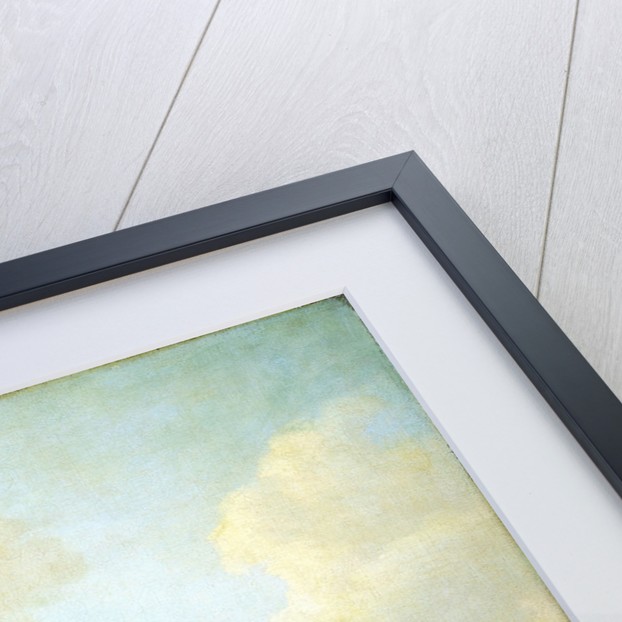 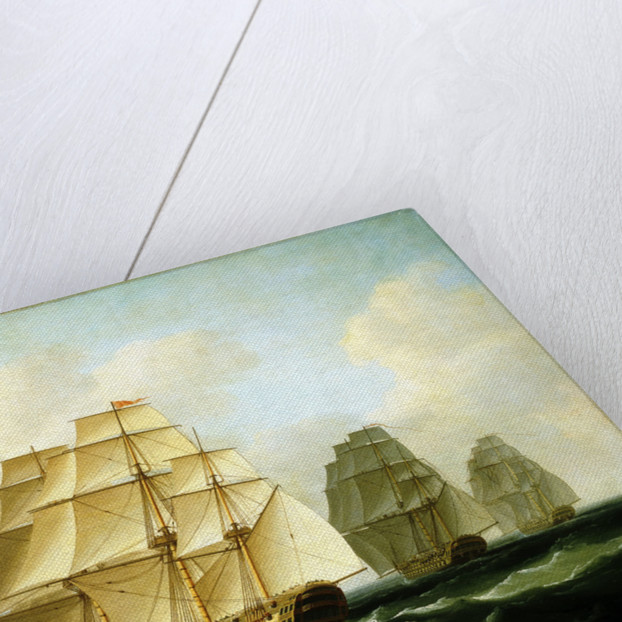 One of a pair of paintings showing an incident from the Napoleonic War, 1803-1815. After their defeat at Trafalgar in 1805, the remnants of the Franco-Spanish fleet dispersed and sought safety to seaward. Off Cape Ortegal, north-west Spain, was a squadron of British ships under the command of Sir Richard Strachan with four ships of the line 'Caesar', 80 guns, 'Courageux', 74 guns, 'Hero', 74 guns, 'Namur', 74 guns and four frigates; 'Revolutionnaire', 38 guns, 'Phoenix', 36 guns, 'Santa Margarita', 36 guns, and 'Aeolus', 32 guns. Strachan's brief was to apprehend Captain Allemand's Franco-Spanish Rochefort squadron and when his frigates sighted a group of enemy ships he initially assumed that they were Allemand's. In fact they were commanded by Rear-Admiral Dumanoir-Le-Pelley who was trying to reach safety with his four ships of the line the 'Formidable', 80 guns, 'Mont Blanc', 74 guns, 'Scipion', 74 guns and 'Duguay-Trouin', 74 guns. The painting shows the British ships giving chase, with all possible sails set, fourteen days after Trafalgar. Strachan's ship the 'CÃ”Ã²Ã¡_sar', 80 guns, is shown in broadside and stern view in the centre of the picture. It is bathed in light and flies a commodore's pendant. The four French ships have formed a line with 'Duguay-Trouin', 'Formidable', 'Mont Blanc', and 'Scipion', in that order. On the right, the British 'Hero', and 'Courageux', are present while out of view the 'Namur', and 'Revolutionnaire', were known to have been positioned considerably astern of their consorts. The 'CÃ”Ã²Ã¡_sar', was chasing the 'Formidable', 'Hero', the 'Mont Blanc', and 'Courageux', the 'Scipion'. The French ships declined battle but Strachan's frigates forced them to form a line and in the action that ensued, Strachan's squadron captured all four French ships.
Francis Sartorius

More by the artist Francis Sartorius.