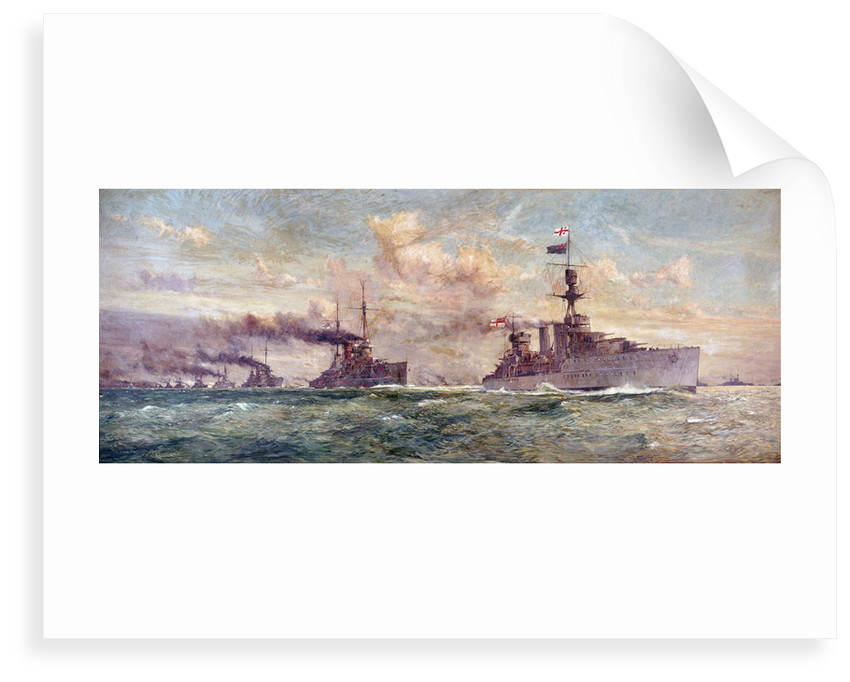 HMS 'Cardiff ' leading the German High Seas Fleet to surrender in the Firth of Forth, 21 November 1918

Product images of HMS 'Cardiff ' leading the German High Seas Fleet to surrender in the Firth of Forth, 21 November 1918 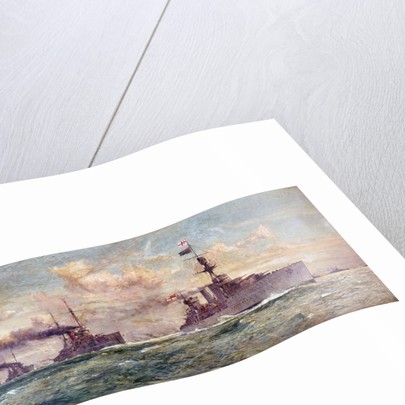 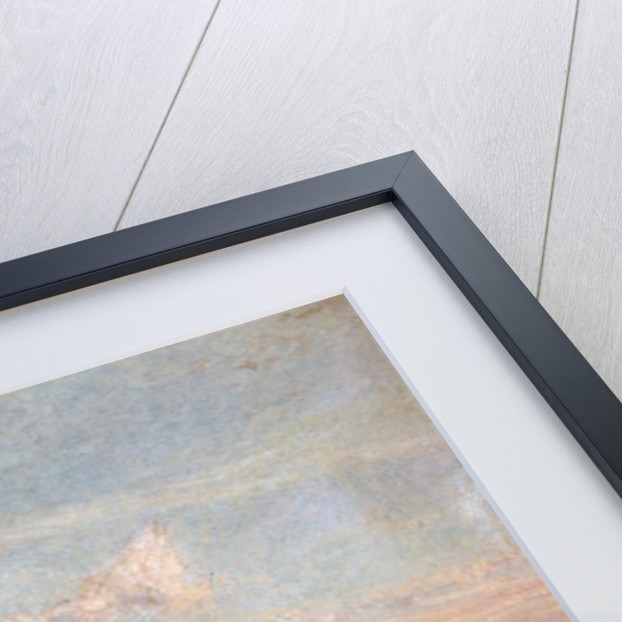 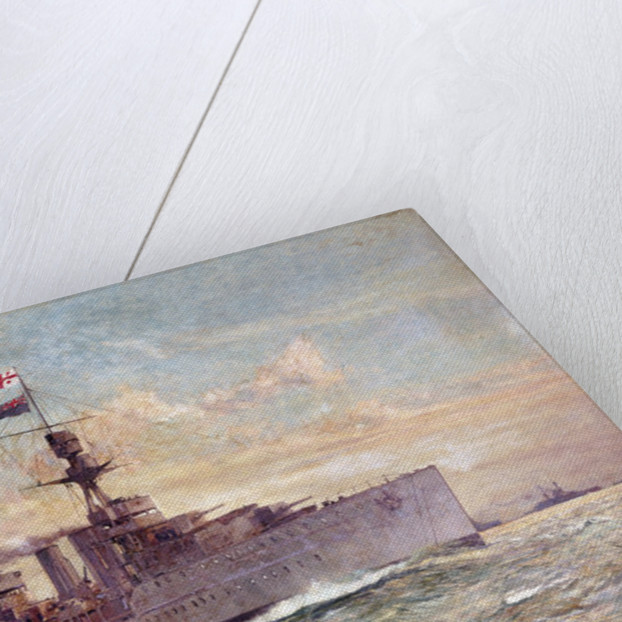 HMS 'Cardiff ' leading the German High Seas Fleet to surrender in the Firth of Forth, 21 November 1918

This large painting shows the light cruiser, HMS 'Cardiff' (1917), flagship of the 6th Light Cruiser Squadron, leading the main body of the German High Seas Fleet to the Firth of Forth, prior to their formal surrender to Admiral Beatty, commanding the Grand Fleet there, and subsequent internment at Scapa Flow. The terms agreed at the Armistice on 11 November were that the German surface fleet be ready to sail, mainly from Kiel, by the 18th, the day that German U-boats began arriving to surrender without possibility of return at Harwich. Under Rear-Admiral Ludwig von Reuter - since the Commander-in-Chief, Admiral von Hipper, refused to participate - the surface ships began sailing on the 19th and made rendezvous with the British Grand Fleet. In two flanking lines to north and south, they escorted them into the Forth, with 'Cardiff' as leader, on the morning of Thursday 21 November 1918.

Astern of the 'Cardiff' are the German battle-cruisers 'Seydlitz', 'Moltke', 'Hindenburg', 'Derfflinger' and 'Von der Tann'.  Beatty sent them the signal that 'the German flag will be hauled down at sunset today and will not be hoisted again without permission.' On 24-27 November, they were escorted in groups to internment on the western side of Scapa Flow, with eventually 74 anchored there (the last to arrive being the battleship 'Baden' on 9 January 1919). Crews were steadily reduced as men were sent home pending a decision on the fleet's fate, which was due to be announced by the deadline of the German agreement of terms for the Treaty of Versailles on 21 June 1919. On the morning of 21 June when the principal British ships at Scapa left for a short exercise,  the German ships all re-hoisted their colours at noon as they started to sink. British parties managed to save 22 by beaching,18 being destroyers, with the 'Baden' and four cruisers. Most were later salvaged for breaking up (with the refloated 'Baden', cruiser 'Frankfurt' and a few destroyers later sunk as 1920s gunnery targets) but seven were too deep to raise. These are now protected historic wrecks visitable by divers: the 'König', 'Kronprinz Wilhelm',and 'Markgraf' (battleships); and 'Brummer', 'Dresden', 'Cöln' and 'Karlsruhe' (cruisers).

More by the artist Charles Dixon.

Explore the collections All art and photography, Forgotten Fighters: Remembering the First World War at Sea.