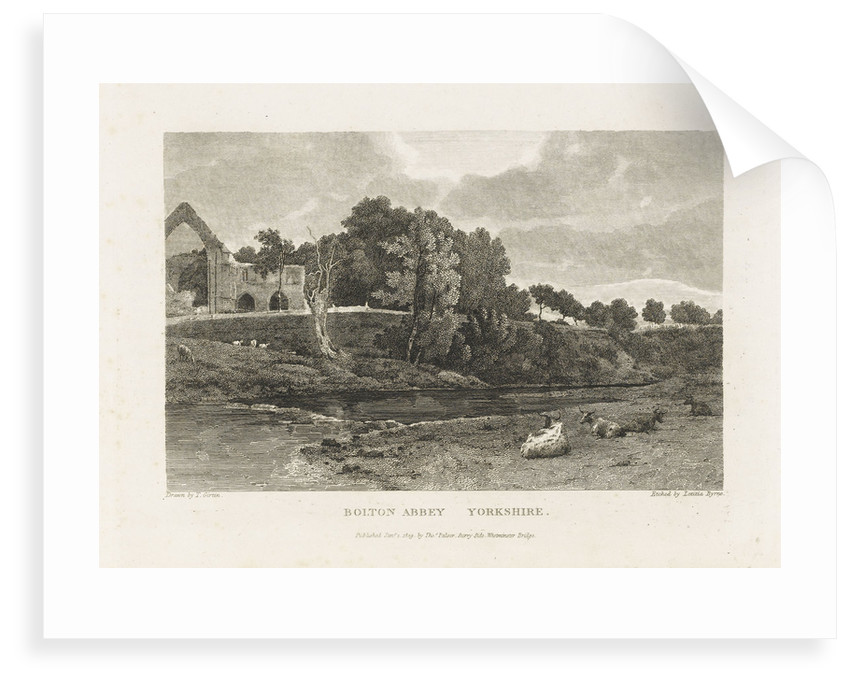 This bound volume of 'picturesque' scenes was brought together by engraver Letitia Byrne and publisher Thomas Palser. This type of publication was relatively popular in the early 19th century, bringing together different scenes, all deemed to fulfil the criteria of this new type classification of landscape called 'picturesque' from around the world. This compilation of picturesque scenes includes for each picture some background, generally a history of the site so as to help the reader better appreciate the scene. This type of publication was designed to be read together, perhaps as part of an education, perhaps as educational recreation. The date suggests this belonged to either the Herschels when John FW Herschel was still at school, or perhaps more likely, to the Stewart family, the family of Margaret Brodie Stewart whom John FW later married.

The accompanying text for this engraving reads:

Bolton Priory owes its foundation to an accident which happened to the only son of William de Meschines, grandson to the King of Scotland, and his wife, the Lady Cecilia de Romelli: the unfortunate youth was drowned in attempting to lead his greyhound over a narrow part of the river Wharfe, called the Stride, which in a dry season is so contracted between two rocks, as to admit a person to step over it. In memory of the sad event, the afflicted parents founded a Priory of Canons-regular of the order of St. Augustine, at a place called Emmesey, or Emelsley, near Skipton; but this establishment was afterwards removed (anno 1151) to Bolton, by Adeliza de Romelli, daughter of the foundress, who gave the Manor of Bolton to the Monks in exchange for those of Stretton and Skibdune. Many other grants were made by different benefactors; and the Priors, besides the liberty of free warren in various manors, had tythes of all the wild beasts taken in Craven. The annual value of the revenues of the Monks, in rents, mills, and tythes, amounted, in the early part of the fourteenth century, to 444l. 17s. 4d. as appears from an account printed by Burton; yet at the period of the Dissolution, the estimated yearly income of this house was returned at no more than 302l. 9s. 3d. The site and demesnes of the Priory are now the property of the Duke of Devonshire, whose father, the late Duke, acquired them by his marriage with Charlotte, the daughter and heiress of Richard, the last Earl of Burlington.

The late Mr. Dayes, in his 'Excursions through the principal parts of Derbyshire and Yorkshire.' describes Bolton Priory in the following words. "This building being surrounded by bold and majestic high grounds is scarcely seen till the traveller arrives on the spot. The ruins, embosomed in trees, stand on the banks of the river Wharfe; on the opposite side of which rises a bold mass of rocks that, in a general view, adds dignity to the whole. Though the building is in itself considerable, its romantic situation makes ample amends, as it affords several fine subjects for the pencil. The principal remains now standing, were parts of the Priory Church, the west end of which is still used for divine service: this end has been highly enriched, and many of the decorative figures remain, but the sculpture is not to be boasted of. Those parts of the Nave and Choir which are yet standing are much mutilated, and the want of the tower detracts greatly from the beauty of the building. One of the Gates of the Priory remains, and, by stopping up its openings, has been converted into a dwelling, the ground floor being one large room, and is used as an occasional residence by the Duke of Devonshire." The place called the Stride is about four miles further up the river, where the bed of the channel is formed by low shelving rocks.
Thomas Girtin 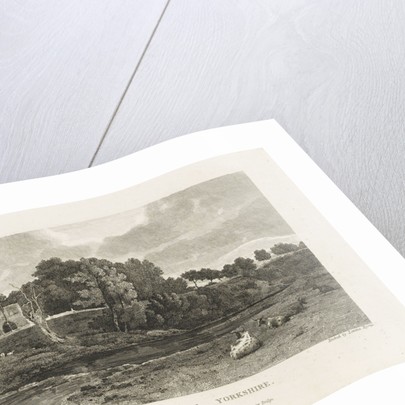 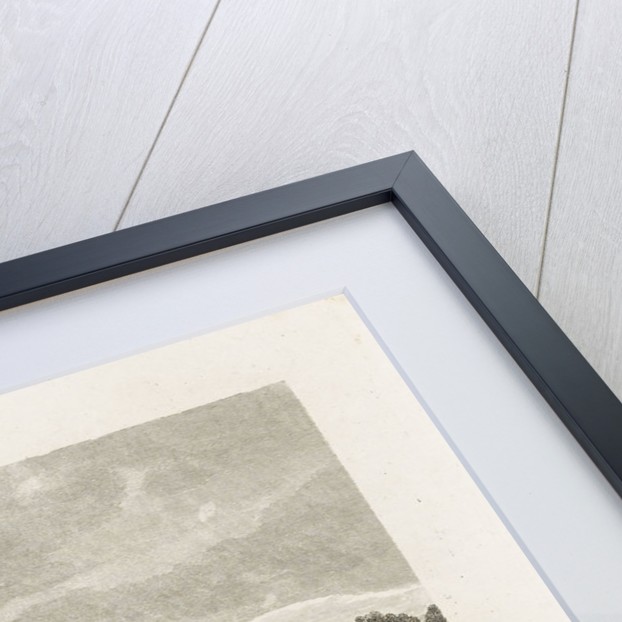 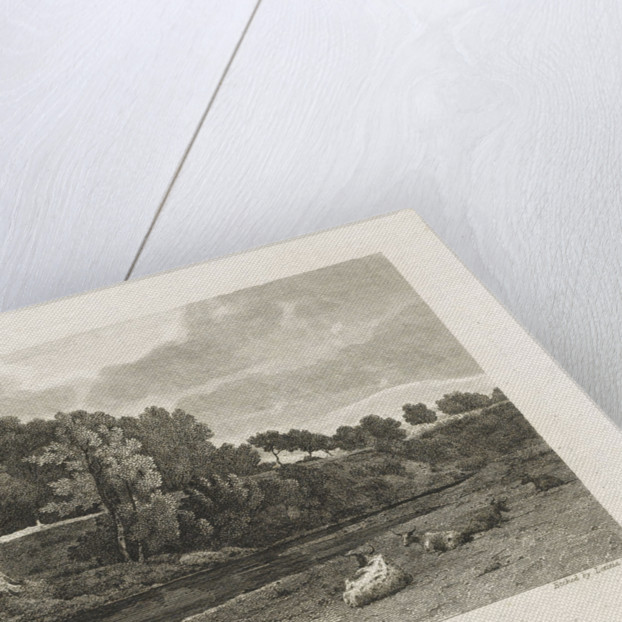