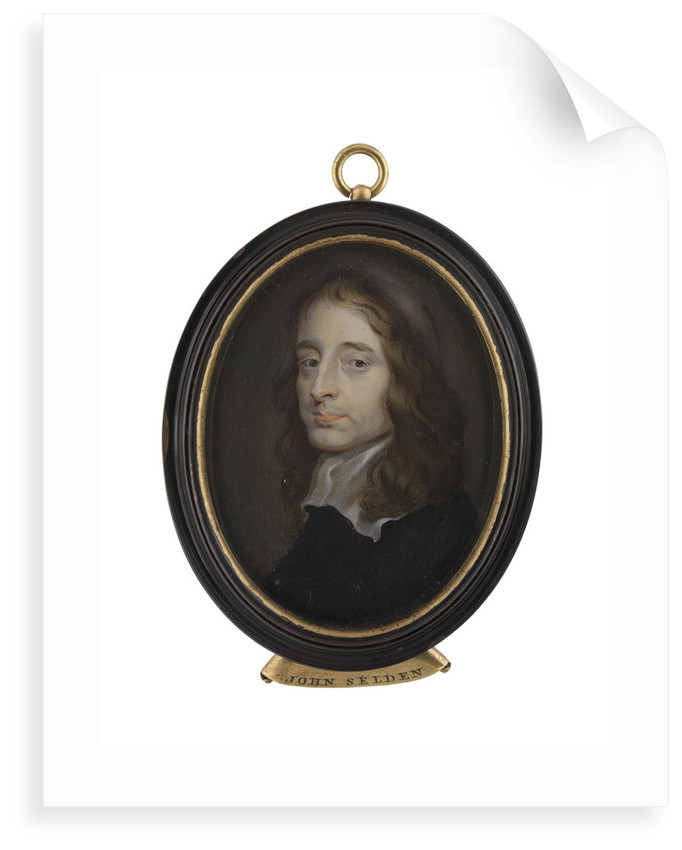 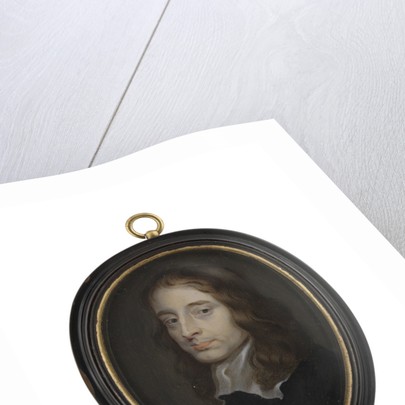 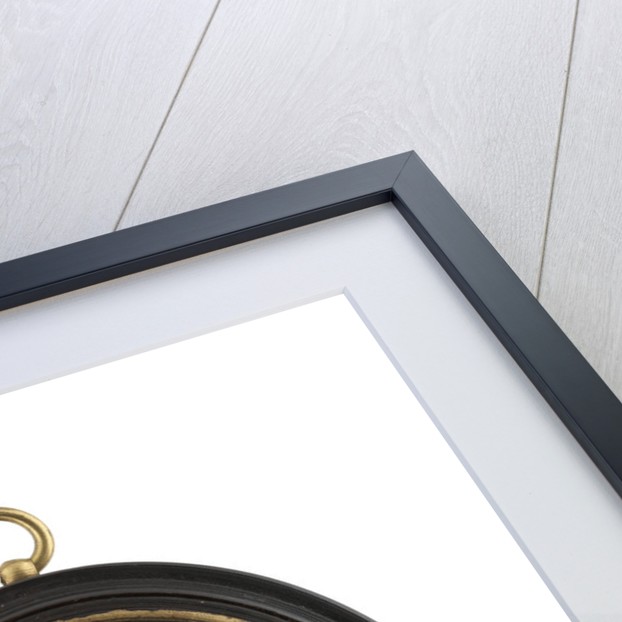 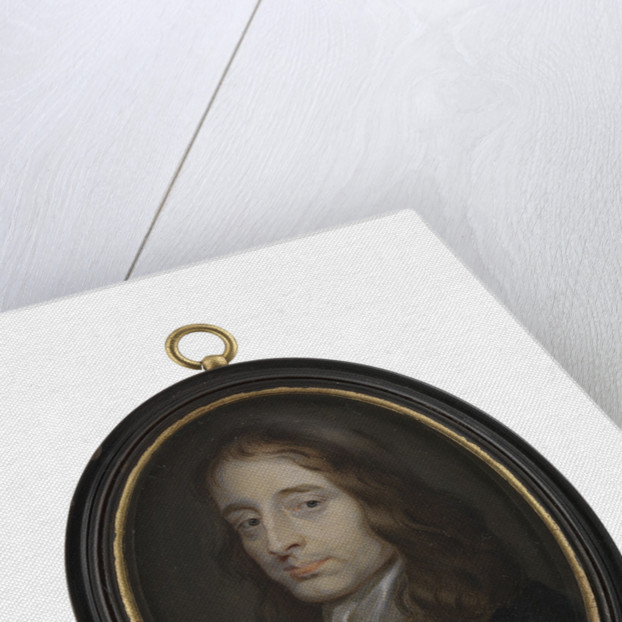 An oval miniature in watercolour, in a partly gilded oval wooden display frame, with a suspension ring and a metal scroll label below, lettered 'John Selden'. The inscription '15 John Selden' is also on the back in ink. The sitter is shown head and shoulders, as a fairly young man with grey eyes and long brown natural hair, his body turned fully to his right but with his head turned out to face the viewer. He wears a plain white 'puritan' collar over a black doublet or coat and is shown against a dark brown background. Selden was a lawyer and a historical and linguistic scholar, born in Sussex. After Oxford University he became a lawyer in London, being called to the bar in 1612, and rapidly gained a circle of learned, cultured and aristocratic friends. A man of huge intellect, he was a formidable linguist in both modern and ancient languages, including Hebrew, Aramaic, Persian and others. These were all cited in his scholarly work as a legal, linguistic and religious historian, which was his main vocation, although he supported himself as a very able barrister. In the 1620s he became an MP (in several seats), and a leader in resisting the increasing power of the crown, which led to his imprisonment in the Tower of London in 1629-1631, though an apology to Charles I eventually obtained his final release without charge in 1634. The enforced leisure, however, gave him time to complete a number of books. In the early 1640s he was a member of the Long Parliament and under the Commonwealth was made the keeper of records in the Tower (1643), and a Commissioner of the Admiralty in 1644. He helped many people who ran into difficuties in the Civil War and was effective in preventing considerable destruction of libraries and other cultural assets at that time. Selden's main importance from a maritime view point lies in just one of his lesser and earlier works, 'Mare Clausum', a seminal treatise on sea-law of which he drafted the earliest version for James I. The artist is unidentified but the previous Museum record suggests it is an '18th century imitation of a 17th century miniature'. It is in fact a copy of a portrait by (or according to modern view, after), Lely in the Bodleian Library, Oxford, to which Selden bequeathed a large proportion of his own manuscript and book collection. It could only be 18th century if copied from the original there and may more probably be a mid 19th century copy based on an 1835 print from that portrait by Robert Hart, or even the copy from which Hart worked.

More by the artist unknown.