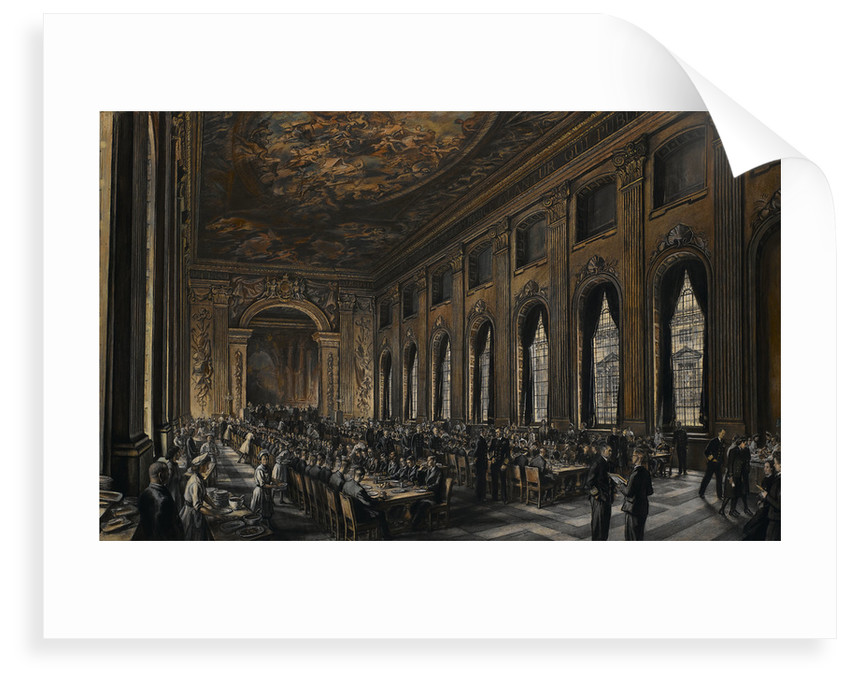 Officers dining in the Painted Hall during WWII

Officers dining in the Painted Hall during WWII

The view is from the south-east corner, diagonally across the body of the Lower Hall, with the Upper Hall shown toward the left. Serving tables and staff range along the south wall, far left, with others in the north-east corner, far right. This large drawing shows the first regular use of the Painted Hall as a refectory since the brief period between the first Greenwich Pensioners coming into the Royal Hospital for Seamen in 1705 and Thornhill's start on painting the ceiling in 1708. Thereafter, under both the Hospital regime to 1869 and the Royal Naval College from 1873, messing was in the undercroft below and that under the Chapel. From 1824 to 1935/6 the lower windows were filled in for picture-hanging space while the Hall served as the Naval Gallery, and it was only restored thereafter as a dining hall, coming into use as such from 1939. According to Teddy Archibald, much of the decorative painting restoration round the unblocked windows was done by students of Sir Gerald Kelly PRA. This drawing was reproduced in the 'Illustrated London News' 13 February 1943 ( see PAJ3890 and PAJ 3889) just before it was the centrepiece of a room of drawings arranged by Sir Kenneth Clark in his ' rolling' display of war art at the National Gallery later that month (see ILN report of 13 March 1943, pp 296-7). The ILN text identifies the Captain of the College, J.C. Davies with the black eye-patch, and its Commander W.D.G. Weir, conversing in the bottom of the central gangway, and to their left the 'elderly Commander' approaching from the direction of the Upper Hall as F. A. [Frank] Worsley, 'the Arctic explorer' (in fact Antarctic, as master of Shackleton's 'Endurance' in 1914). The mess secretary, Paymaster-Captain J. D. M. Cavanagh, is in the right foreground talking to the chief steward whom the ILN identifies as Charlie Lee: Prof. J.B. Cavanagh (son of JDM) however says his name was Angell and also that Davies's black eye patch resulted not from war injury, as was often thought, but a skiing accident. He also identifies the tall grey-haired woman in the centre aisle as the senior Wren, Miss French, with her number two alongside, and the man in the bottom left corner as a steward, Mr Watson, an ex-Marine in charge of the Wrens during the serving of meals. The ILN states that WRNS officers had now moved into the College for training and were 'among the first women ever to dine in the Painted Hall' pointing out those on the centre table. The two at the end corner, to the left of Davies's head, are WRNS Cadet Officers Barbara Stewart (left) and Daphne Boles, later Mrs John Loch (right). It is however possible that in doing the drawing Bone was not recording a particular occasion (lunch according to the ILN) and introduced people he knew 'ad lib', or others in the news. Worsley for example had in fact died (as the ILN caption states), aged 70 on 1 February 1943, in Surrey retirement.
Muirhead Bone

Product images of Officers dining in the Painted Hall during WWII 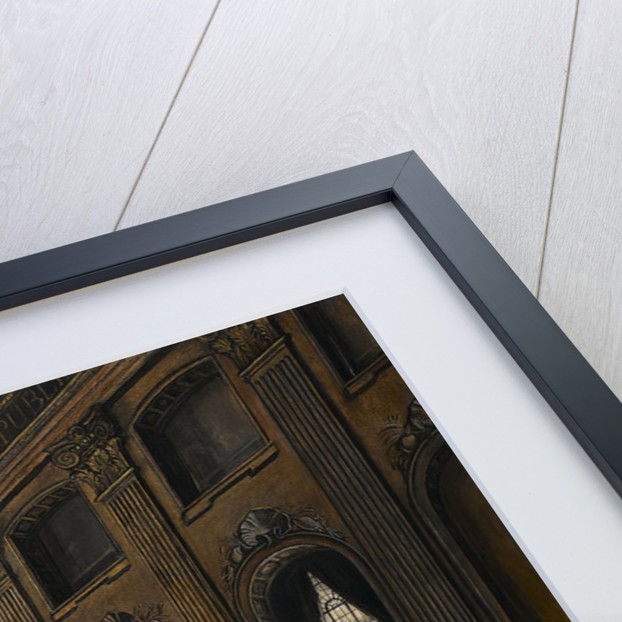 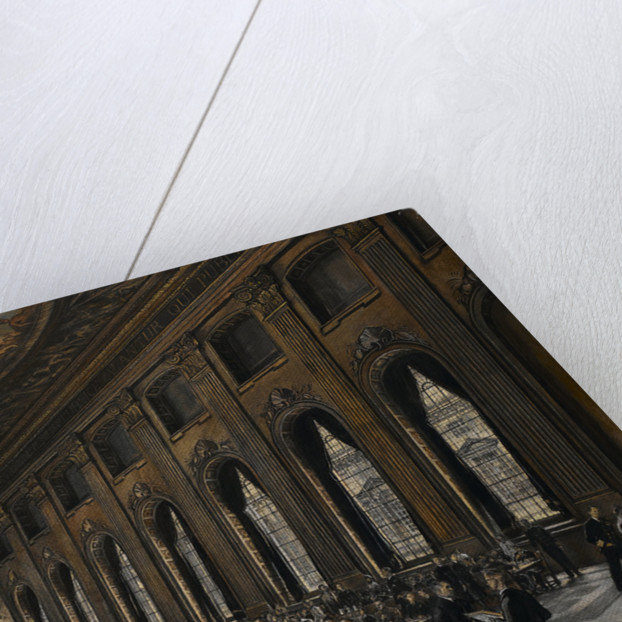