Airy was seventh Astronomer Royal, a post he held at the Royal Observatory, Greenwich, for 46 years from 1835 (when he was 33) to 1881. He is shown seated against a brown studio background in a cane-backed wooden armchair turned to viewer's right. His head, wearing glasses, is turned to the front, his right leg crossed over his left knee (feet out of frame and not shown) and his hands loosely clasped on his lap. Over a black frock coat and trousers, he wears a thick fur-lined coat, possibly leather, with wide lapels and a curious pattern in faded brown, yellow and green. Compared to the neat underlying suit, it looks like an 'old favourite' and perhaps one he may have worn observing on cold nights. Airy's father's unusual intelligence saw him rise from farm labourer to become an excise collector, though he died poor. This family hardship greatly influenced the character of his equally brilliant son, who through the help of his well-read farmer uncle, Arthur Biddell, had a grammar-school education and became a Cambridge mathematical scholar and lecturer. In 1826, his first book on astronomy was immediately adopted as a university textbook and he was appointed Lucasian Professor of Mathematics at Cambridge that December, followed in February 1828 by becoming the Plumian Professor of Astronomy and director of the new university observatory. Here he introduced a new system of meridian observation, later continued at Greenwich, where he was appointed as Astronomer Royal on 18 June 1835 in succession to John Pond. His regime was one of extraordinary energy and high scientific achievement, particularly in precision astronomy devoted to the improvement of navigation and the closely related field of time measurement, but also in magnetism and other areas. He completely re-equipped the Observatory, including in 1851 with the great Airy Transit Circle, which from that year formed the basis of Greenwich time measurement and its transmission by telegraph on a national and subsequently a world-wide basis. He was involved as a key figure in many areas of astronomical work, and the leading government adviser of his time in this and in other related matters. Airy's drive, rectitude and passion for work made him rather a forbidding figure and his other public involvements were professional rather than social. He was devoted to his wife Richarda (nee Smith, d. 1875) and their nine children, of whom only six survived him, and his family was the centre of a warm and self-sufficient private life. He held many academic honours, domestic and foreign, was president of the Royal Society in 1872-1873, served four terms as President of the Royal Astronomical Society and became a Knight Commander of the Bath in 1872. Airy continued work in retirement from his home at the White House, Croom's Hill, Greenwich, where he died after surgery in January 1892. He was buried with his wife and pre-deceased children at Playford, Suffolk, where he had a family cottage for nearly fifty years, but there is a monument to him in St Alfege's Church, Greenwich, where his unmarried daughters continued to live. This portrait, signed and dated 'John Collier 1883', lower left, was presumably painted to mark his recent retirement and was exhibited at the Royal Academy in 1884. This was the year that Longitude 0 at Greenwich was agreed as Prime Meridian for the world, and Greenwich Mean Time thereby the world standard, at the Meridian Conference in Washington DC, which in public terms is Airy's greatest monument as 'father of Greenwich Time'.
John Collier 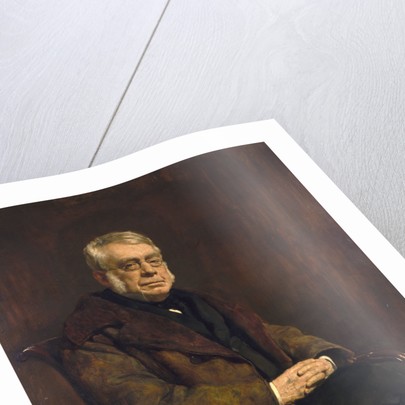 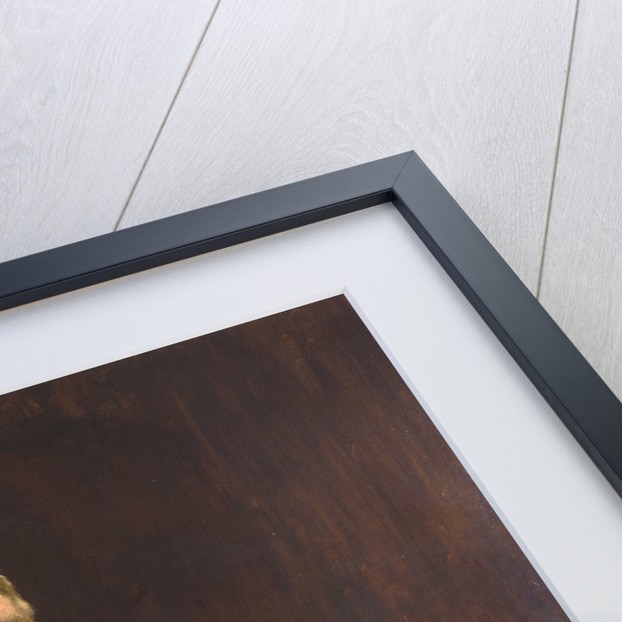 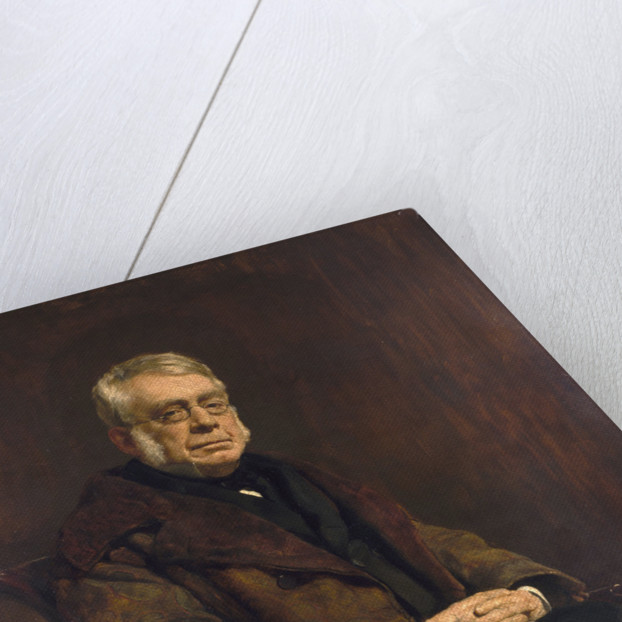