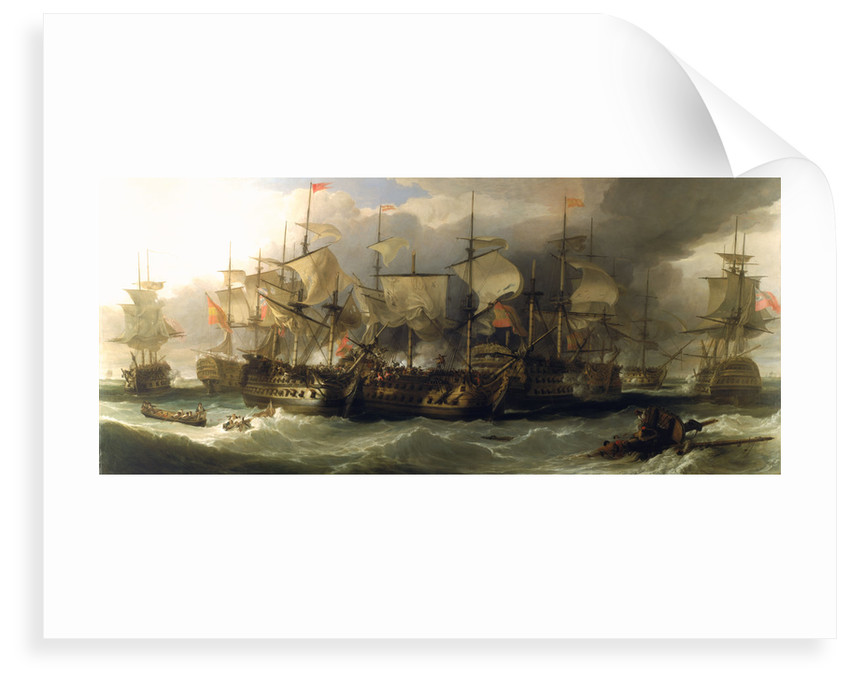 Early in 1797, a Spanish fleet of 27 sail of the line lay at Cartagena, with the intention of joining the French fleet at Brest. The British Commander, Sir John Jervis, aimed to prevent this, and with 15 sail of the line, plus frigates, he repaired to rendezvous with Rear-Admiral William Parker off Cape St Vincent. Don JosÃ”Ã²Ã¡de Cordova and the Spanish fleet left Cartagena on 1 February and might have reached Cadiz safely but for a fierce Levanter, the easterly wind, blowing between Gibraltar and Cadiz. This pushed the Spanish into the Atlantic and by 13 February, close to the British fleet. Early on the 14th, Jervis learnt that the Spanish fleet was 35 miles to windward. This picture concentrates on the dramatic incident of the capture of the 'San Nicolas', 80 guns, and the 'San Josef', 112 guns. In the left central foreground the 'Captain', 74 guns, in starboard-bow view, commanded by Nelson, is alongside the 'San Nicolas', also starboard view. Soldiers and marines pour onto the Spaniard's decks. Beyond the bow of the 'San Nicolas' the stern of the 'San Josef', starboard-quarter view, is attached to the 'San Nicolas'. Sailors fire from the stern galleries of the 'San Josef' down on to the British in the waist of the 'San Nicolas' and thus they had needed to take the 'San Josef' too. In the right foreground is part of the 'San Josef's' mizzen-mast, topmast and cro'-jack yard, with people clinging to them. In the left foreground people, tossed by the waves, are clinging to the 'Captain's' foretopmast and yard. On the left of them, a rescue boat is pulling in. Beyond the stern of the 'Captain' is the stern, starboard-quarter view, of a British three-decker and in the left of the picture a British two-decker nearly bow on. In the right background, beyond the bow of the 'San Josef', is the starboard bow of a British three-decker, and beyond her the bow of a British two-decker. On the right of the picture is a British two-decker almost stern-on, flying the red ensign.
Sir William Allan

Product images of The Battle of Cape St Vincent, 14 February 1797 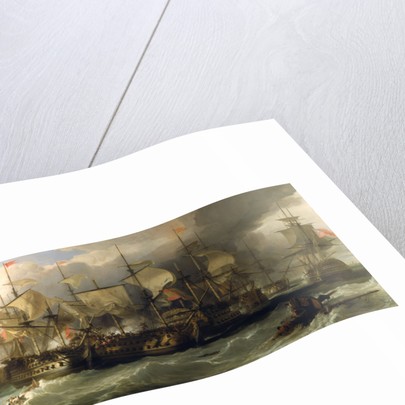 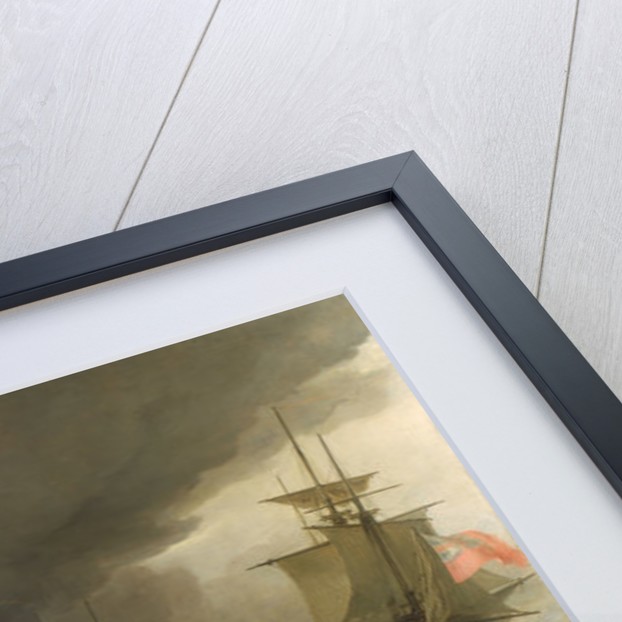 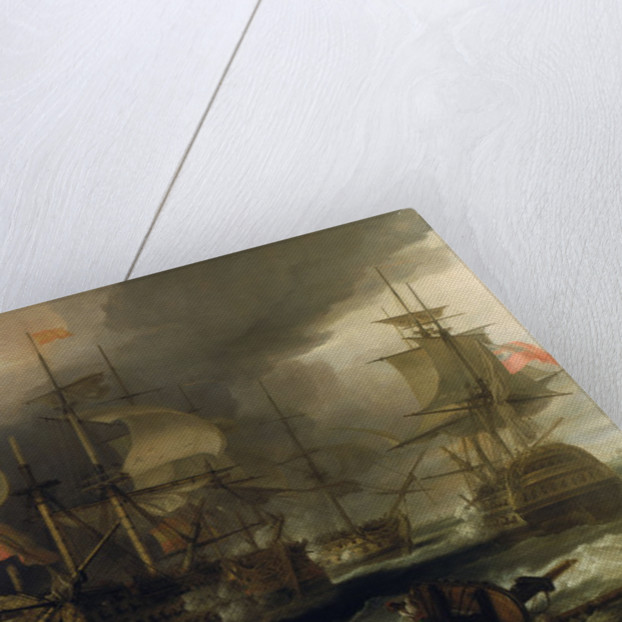