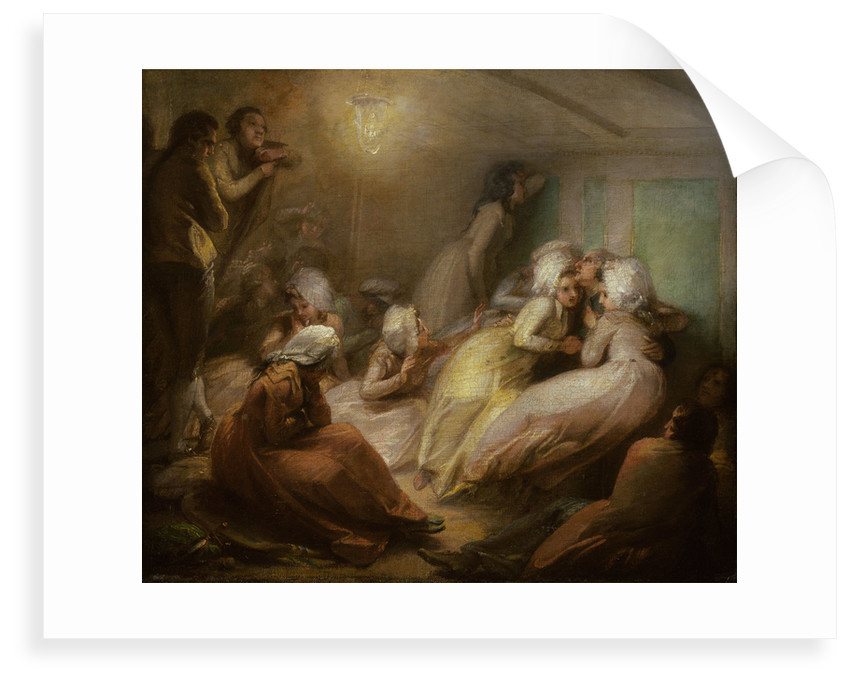 This small early oil by Stothard shows the roundhouse (the passenger saloon under the poop) of the outward-bound East Indiaman 'Halsewell' in the small hours of 6 January 1786, after a storm drove her ashore at 2am across a hollow or cave in the cliffs at Seacombe, between St. Albans Head and Anvil Point, Dorset.

Stothard's source was 'A Circumstantial Narrative of the Loss of the Halsewell' (1786), published by the two senior ship's officers who escaped, the second and third mates Henry Meriton and John Rogers. They were the last to leave and reach safety on a ledge in the hollow cliffs, where well over 100 of the crew and troops on board managed to take refuge, though many were washed off before day brought rescue to the remaining 70: the total loss was about 170. The 'Halsewell' was also carrying seven lady passengers, including the two daughters and two nieces of the captain, Richard Pierce. None were able escape and were among about 100 who died in the ship, which disintegrated within two hours of striking. Pierce heroically remained with them and is shown on the right, seated between and comforting his daughters. Meriton and Rogers stand on the left, on the point of departure, as calm observers of the group of largely female figures on the floor. In Stothard's composition and brushwork these show a powerful diagonal surge up from left to right, suggesting the waves outside beating the hull against the cliffs. This is emphasized by the tilted verticals of the cabin and the distraught female figure leaning against the right-hand bulkhead. Allowing for dramatic compression, the whole is closely based on the published account, with the women in various states of distress. Pierce looks up towards the brilliant lamp in the ceiling, which can also be read as the promise of Christian salvation shining through the darkness of approaching death.

'Mr Meriton, having previously cut several wax candles into pieces, and stuck them up in various parts of the roundhouse, and lighted up all the glass lanthorns he could find, took his seatâ”œÂ½Ã”Ã»Ãª_ but observing that the poor ladies appeared parched and exhausted, he fetched a basket of oranges from some part of the roundhouse, and prevailed on some of them to refresh themselves by sucking a little of the juice. At this time they were all tolerably composed, except Miss Mansell, who was in hysteric fits on the floor of the roundhouse.' (She is presumably the figure in the left foreground.) Meriton in fact left before Rogers, who had a brief conversation with Pierce on the stern gallery, when they agreed it was impossible for the women to escape: they then 'returned to the roundhouse, and Mr Rogers hung up the lamp, and Captain Pierce, with his great coat on, sat down between his two daughters, and struggled to suppress the parental tear which then burst into his eyeâ”œÂ½Ã”Ã»Ãª_'. [Rogers then left and] In a very few minutes after [he] had gained the rock, an universal shriek, which still vibrates in their ears, and, in which, the voice of female distress was lamentably distinguishable, announced the dreadful Catastrophe; in a few moments all was hushed, except the warring winds, and beating waves; the wreck was buried in the remorseless deep, and not an atom of her was ever afterwards discoverable.'

The horrific circumstances of the wreck, and Pierce's bravery is staying with the women, were widely recounted in print and images. This is an early example of Stothard's prolific work for print reproduction, including a number on maritime and naval themes (e.g. NMM BHC1125). However, it is very unusual in not being a conventional wreck scene but one that uses an interior cabin view - rare enough in itself - to imply the impending fate on those trapped in the ship.
Thomas Stothard

Product images of The wreck of the 'Halsewell', Indiaman, 1786 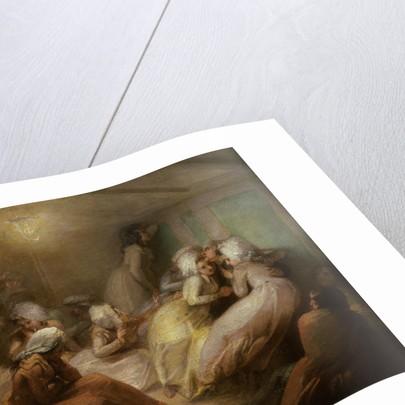 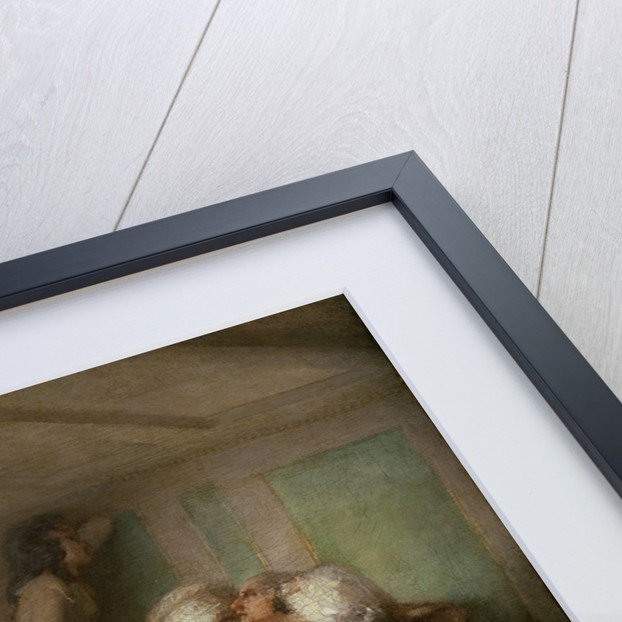 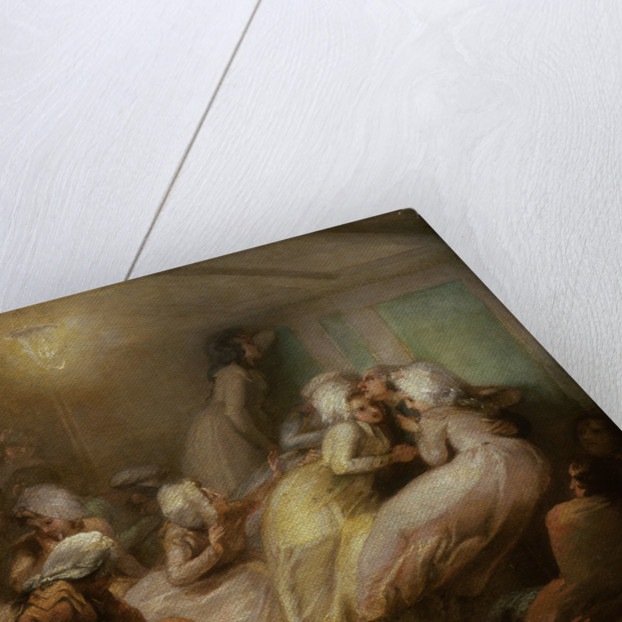