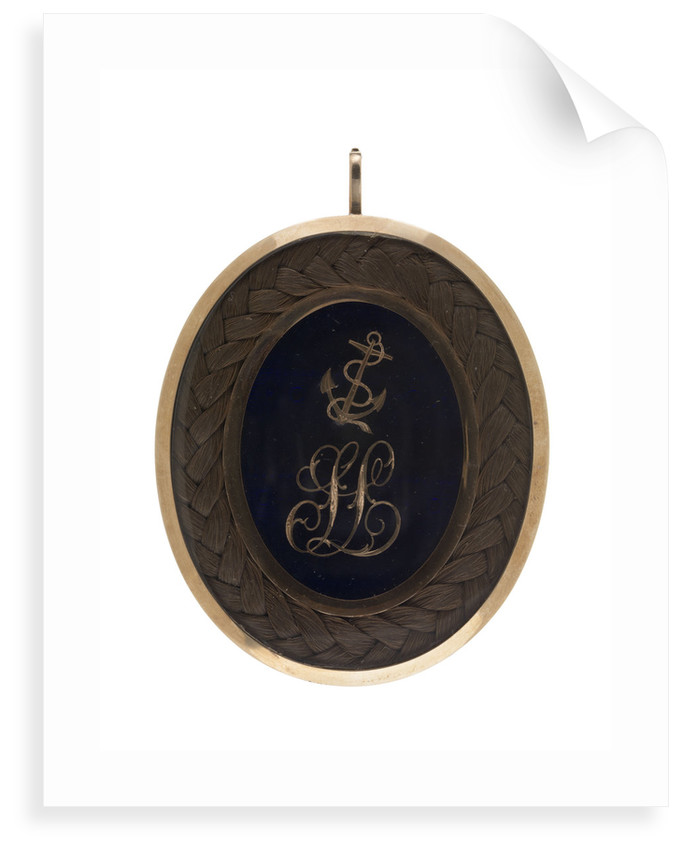 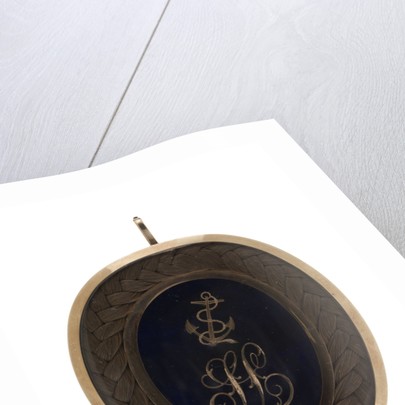 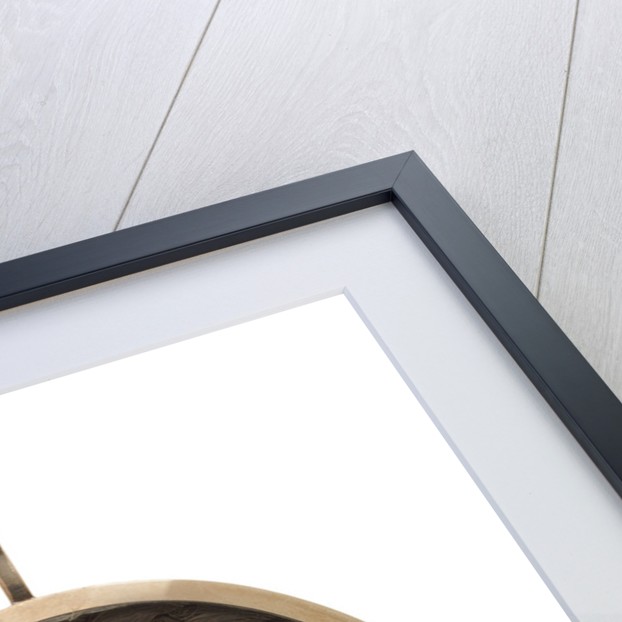 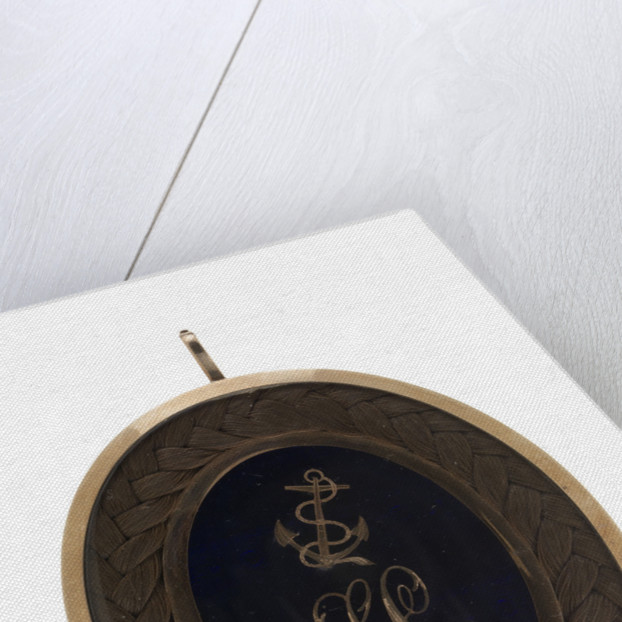 An oval miniature in watercolour on ivory, in an oval gilt metal suspension frame. The glazed back contains a plait of light brown hair surrounding an inner gilt band enclosing a finely made gold fouled anchor above an elaborate 'SL' gold filigree monogram, on a dark blue glass ground. The sitter is shown head and shoulders, half turned to his left but looking out to the viewer, against a pale sky background. He wears flag-officer's undress uniform of 1795-1812, with the two stars of a vice-admiral on the visible right epaulette. He has grey (probably powdered), hair with a black queue ribbon visible and blue eyes. Lutwidge's father, Thomas (1670-1746), was a notable figure in the tobacco trade in the port of Whitehaven, Cumbria. His son was commissioned lieutenant on 15 August 1759, during the Seven Years War, and as master and commander in the 'Carcass' from June 1771 is now largely remembered for being captain to the young Midshipman Nelson, who acted as his coxswain, on Constantine Phipps's Spitsbergen expedition of 1773. As such he is reported as the source of the famous story of Nelson's hare-brained attempt to shoot a polar bear, though Nelson thereafter held him in warm regard and they had later professional and social contact from 1801, when Lutwidge was flag officer in the Downs (off Deal, Kent). He was promoted to captain in October 1773, and in the frigate 'Triton' played an active part in the War of American Independence from 1775 , including in Rodney's 'Moonlight Action' against the Spaniards off Cape St Vincent in January 1780, before moving briefly to the 'Yarmouth' and later the 'Perseverance', in which he remained until the war ended. In 1786 he commanded the 'Scipio', guardship in the Medway, and in 1792 took command of the 'Terrible' in which he joined Hood on the Toulon expedition at the start of the French Revolutionary War in 1793, Nelson was also a captain on this. He became a rear-admiral in April 1794 and a vice-admiral in June 1795, serving as flag-officer at the Nore from 1797 until 1799. He became Admiral of the Blue from 1 January 1801, when in the Downs command. On 9 November 1805, the day the news of Trafalgar broke in England, he was promoted Admiral of the White and, finally, of the Red in 1810. He died on 16 August 1814, aged 78, the day after the 55th anniversary of his first commission as lieutenant, at his home, Holmrook Hall, Cumbria, which he had purchased from his nephew Charles Dodgson, the grandfather of Charles Lutwidge Dodgson ('Lewis Carroll'). He was buried with his wife Catherine (nee Bateson), who predeceased him, at St Paul's, Irton, where his nephew and heir Major S. Lutwidge erected a memorial to them. This miniature, formerly in the Malcolm Stewart Collection, is provisionally attributed to Philippe Jean (1755-1802), in the pre-existing record. Jean was of French family but born in Jersey. He served in the Navy, including (like Lutwidge), under Rodney, though also practising as a miniaturist in peacetime before he took it up permanently in London. He then had considerable success, including royal patronage, and exhibited at the Royal Academy from 1787 to 1802. Very few of his RA subjects are identifiably naval, though they included two miniatures of Admiral de Saumarez, also a Channel Islander from Guernsey. If this item was painted to mark Lutwidge's promotion to vice-admiral, however, which exactly coincided with introduction of the new Naval uniform in June 1795 (the first with epaulettes), it might be the sole example that Jean exhibited under the title 'Portrait of a naval officer', in 1796.
Philippe Jean

More by the artist Philippe Jean.