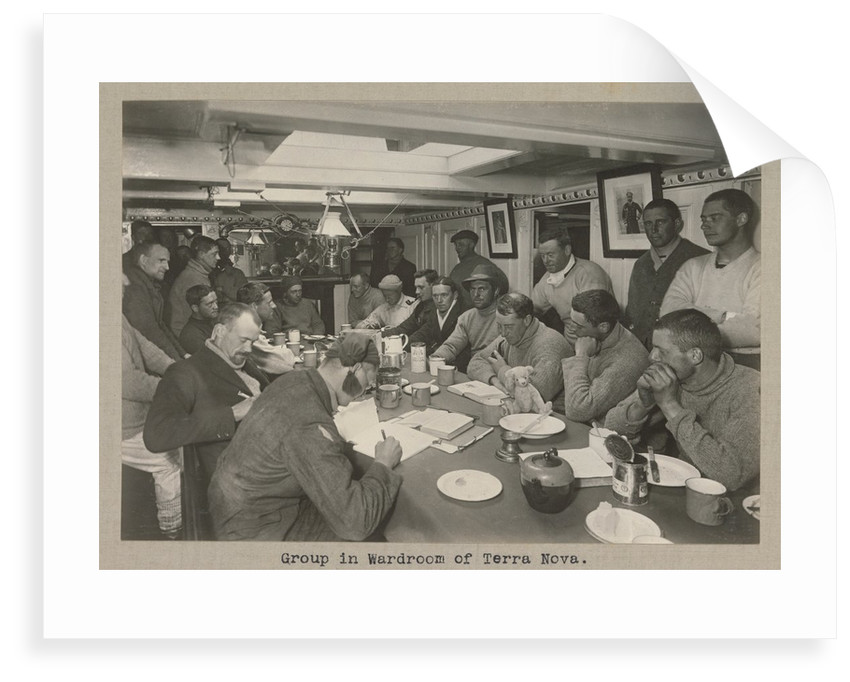 Group of scientists and officers in Wardroom of Terra Nova

Part of the Polar Collection
⟨ ⟩
Add to wishlist

Group of scientists and officers in Wardroom of Terra Nova

An informal photograph of the officers and scientists standing or sitting around the table in the Wardroom of the discovery ship Terra Nova (1884) on their way to Ross Island. The photograph includes Debenham's teddy bear on the table with its arm up 'waving' at the camera. The others include:

Henry Bowers, on far left, just his nose and body in the frame.

The print has a typed caption: 'Group in Wardroom of Terra Nova'. 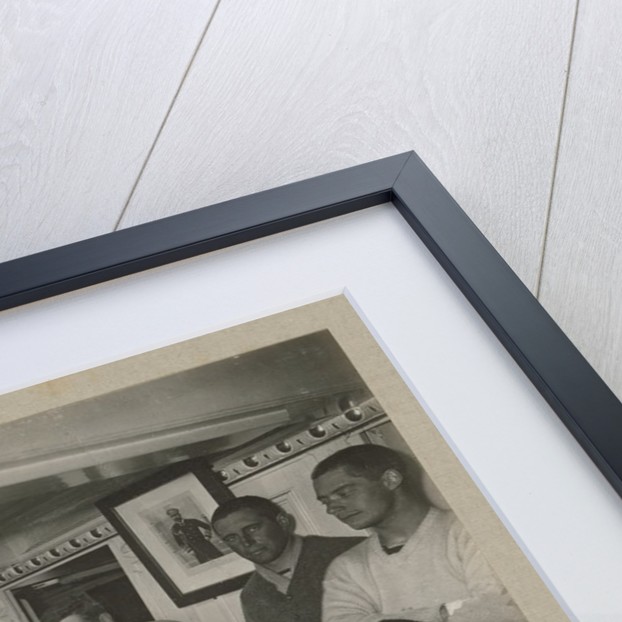 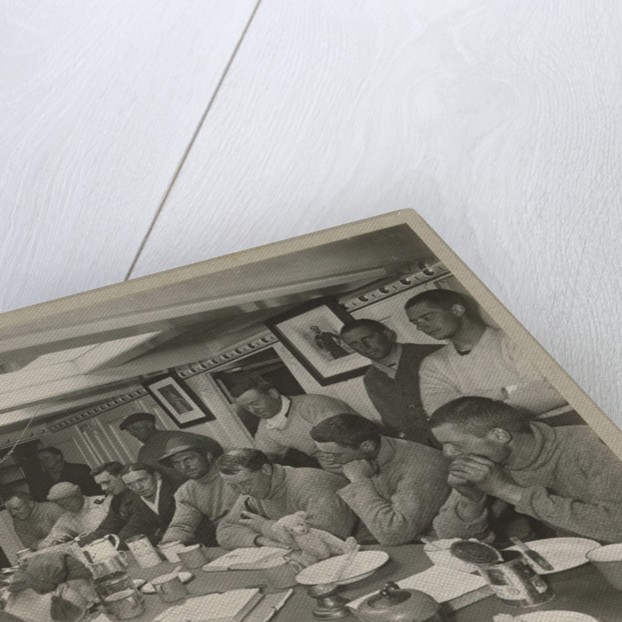