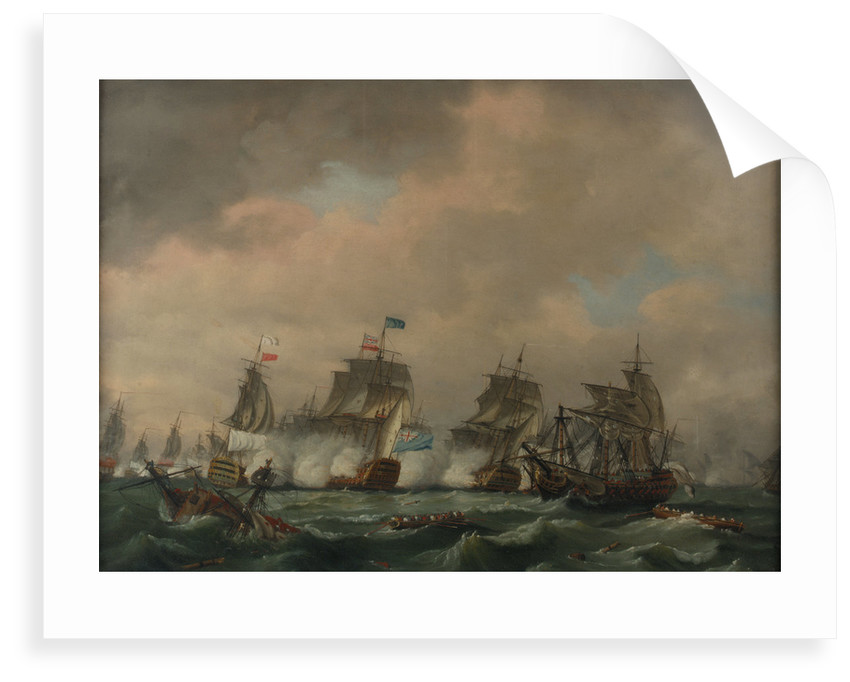 The Battle of Quiberon Bay, on 20 November 1759, was the most decisive naval encounter during the Seven Years War, 1756-1763, a conflict involving the major European colonial powers and fought around the globe. France had been at war with Britain since 1756, her position in Canada, India and the West Indies was on the point of collapse and in Europe she faced stalemate against Prussia, which received British support. The battle resulted in the destruction of the French Brest fleet and occurred when the French broke out of the five-month English blockade of Brest . In an attempt to solve her problems the French planned to land an army of 20,000 men in Ireland. This force was assembled largely in the gulf of Morbihan in southern Brittany under the Duc d'Aiguillon, and was to be escorted by the Brest fleet under Admiral Hubert de Conflans. Admiral Sir Edward Hawke's Channel Fleet blockaded Brest to prevent the French leaving to collect the troop transports, but during a gale in the first week of November, Hawke's ships were forced to run for shelter in Torbay, giving de Conflans the chance to escape. On hearing that the French had done so Hawke went in pursuit and, on 20 November, sighted him 20 miles out to sea. De Conflans, relying on local knowledge, ordered his fleet to take refuge in Quiberon Bay, south of Morbihan, assuming Hawke would not follow, both because night was quickly coming on and when he saw the area was one of ill-charted rocks, reefs and wild seas. This was a miscalculation, for Hawke relentlessly pursued him into the bay, losing two of his own ships on the outer reefs but sinking the French 'Thesee' and 'Superbe' by a combination of gunfire and the weather, and otherwise decimating de Conflans' force in what became an action practically in the dark. The French flagship 'Soleil Royal' went aground in the bay, near Le Croisic, and was burnt to prevent capture the following day. Others were captured including the 'Heros', which was burnt. A few French ships escaped to Rochefort and some others managed to find refuge in the mouth of the River Vilaine, where they were trapped for months and one more lost by grounding. This action stopped any French plans to invade Britain during the Seven Years War. The famous naval song 'Hearts of Oak' was composed to commemorate the battle, which was fought so close inshore that contemporary accounts reported that ten thousand persons watched it from the coast. This later view by Luny (who was only born in 1759) shows the action from astern and seaward looking towards the French coast. Hawke's flagship 'Royal George' , flying his blue squadronal colour at the main, is just left of centre, engaged with de Conflans' 'Soleil Royal' on the left. The sinking French vessel in the left foreground is either the 'Thesee' or 'Superbe', with boats steering for a dismasted Frenchman to the right.
Thomas Luny 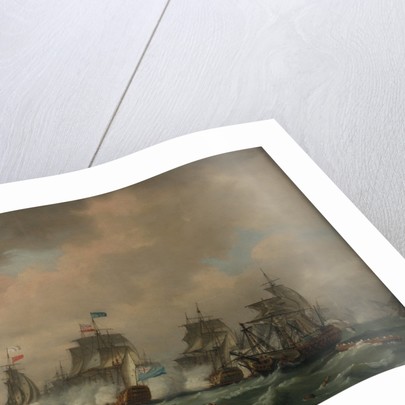 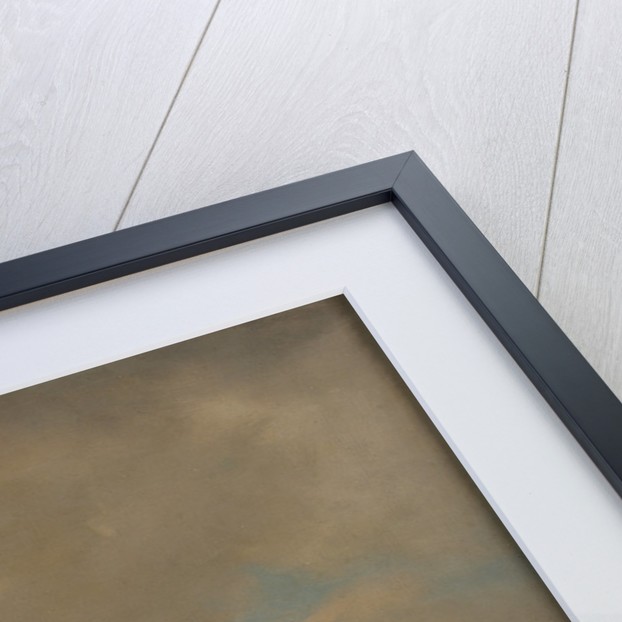 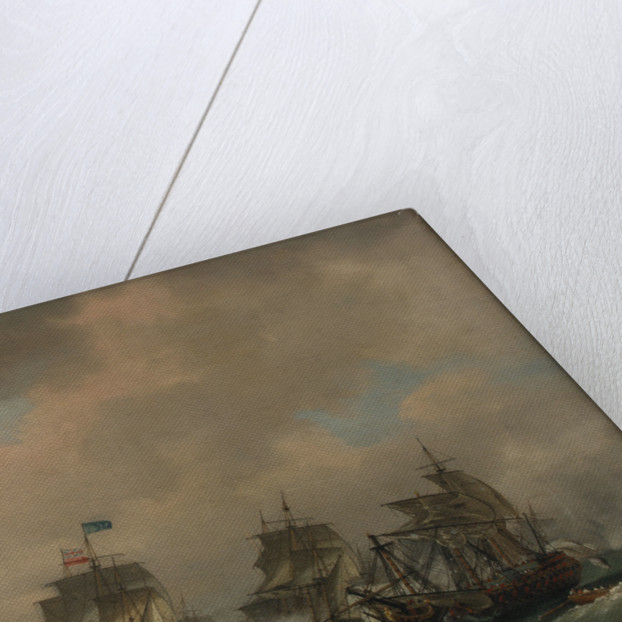